Glycogenesis is the metabolic process that turns glucose, a simple sugar, into glycogen, a substance that stores energy in muscle cells. Glycogen is also found in the liver and brain tissue. The body uses glycogen whenever it has enough energy stored from food or exercise.

Glycogen is a carbohydrate that is formed from glucose during periods of high metabolism. To store glycogen, the body breaks down proteins into amino acids, which then combine with glucose to form glycogen.

Insulin controls how much glucose is stored, and it goes up after a meal and down after exercise.

Insulin causes the liver to release fatty acids, which are then broken down into ketones. Ketones are released into the bloodstream through the kidneys and muscles.

When blood levels of ketones rise, they signal the brain to stop storing fat. This helps burn fat instead of carbohydrates.

“The Synthesis of Glycogen from Glucose Is Called Glycogenesis.” It takes place in the cytosol and requires ATP and UTP, besides glucose. Simply put, it is the process of forming glycogen.

The goal of glycolysis, glycogenolysis, and the citric acid cycle is to keep as much ATP energy from the breakdown of carbs as possible.

If there is enough ATP in the cell, these pathways and cycles are stopped. When there is too much ATP in the body, the liver will try to turn many of the extra molecules into glucose and/or glycogen.

ATP, an energy source, is produced via the Krebs cycle during muscular action.

The Cori cycle operates more effectively when there is no muscular action.

This pays back the oxygen debt and lets the Krebs cycle and electron transport chain make energy as efficiently as possible.

The goal of glycolysis, glycogenolysis, and the citric acid cycle is to keep as much ATP energy from the breakdown of carbs as possible.

Glycogenesis is the process of glycogen synthesis, in which glucose molecules are added to chains of glycogen for storage. This process is activated during rest periods following the Cori cycle, in the liver, and also activated by insulin in response to high glucose levels, for example after a carbohydrate-containing meal.

What happens during glycogenesis?

When the body needs energy, the glycogen molecule is broken down into glucose and water. Glucose is used by the body to provide fuel for activities like muscle contraction or nerve impulse transmission.

What is the function of glycogenesis?

Not only does this make energy for normal metabolism, but it also lets certain cells and organelles in our bodies store a lot of glucose that can be used when fat isn’t enough to fuel us.

What happens during glycogenesis?

Glycogenesis is the process by which glucose is produced from glycogen. Glycogen is a storage form of glucose that is found in the liver and muscle cells.

When the body needs energy, glycogen is broken down into glucose and water. Glucose is used by the body to provide fuel for activities like muscle contraction or nerve impulse transmission.

What is the function of glycogenesis?

In addition to generating energy for normal metabolism, this also allows certain cells and organelles in our body to store large amounts of glucose that can be used during periods where fat cannot supply enough fuel.

What are the steps of glycogenolysis?

There are six major steps that are involved in Glycogenolysis:

What are the key enzymes of glycogenesis?

The key enzymes of glycogenesis are Hexokinase, Pyruvate Kinase, and Phosphofructokinase.

Glucose is phosphorylated into Glucose-6-Phosphate, a reaction that is common to the first reaction in the pathway of glycolysis from Glucose.

This reaction is catalyzed by Hexokinase in Muscle and Glucokinase in the Liver.

Glucose-6-P is converted to Glc-1-Phosphate in a reaction catalyzed by the enzyme “Phosphoglucomutase”.

A small fragment of pre-existing glycogen must act as a “primer” (also called glycogenin) to initiate glycogen synthesis. The Glycogenin can accept glucose from UDP-Glc.

The hydroxyl group of the amino acid tyrosine in Glycogenin is the site at which the initial glucose unit is attached. Glycogen initiator synthase is an enzyme that transfers the first molecule of glucose to Glycogenin.

Then glycogenin itself takes up glucose residues to form a fragment of primer, which serves as an acceptor for the rest of the glucose molecules.

Glycogen synthase, the enzyme responsible for transferring Glucose from UDP-Glc to the non-reducing end of Glycogen, creates alpha-1,4-linkages.

Glycogen synthase catalyses the synthesis of a linear, unbranched molecule with alpha-1,4-glycosidic linkages.

This enzyme transfers a small fragment of five to eight glucose residues from the non-reducing end of the glycogen chain. to another glucose residue where it is linked by the alpha-1,6 bond.

It leads to the formation of a new non-reducing end, besides the existing one. The glycogen chain will be elongated and branched.

The overall reaction of Glycogenesis,

Two ATP molecules will be utilized in this process. One is required for the phosphorylation of glucose, and the other is needed for the conversion of UDP to UTP.

When the amount of stored starch reaches a certain threshold, it begins to degrade into its constituents, glucose and water.

Hence, this acts as a feedback mechanism to maintain stable tissue glucose levels. The excess amount of glycogen accumulated is stored in muscles and the liver as part of their supplies for energy conversion and respiration when needed throughout life, but not all cells can produce enough reserves upfront to continuously support such intense use.

The mechanism by which it persists long enough to develop into a muscle cell is not well known.

One intriguing theory is that glycogen storage cells in muscles contain an enzyme known as alpha-1,6-glycosidase (previously known as glucoamylase), whereas other types of cells, such as nerves, contain another: beta-1,3/4, or starch-14 glucose aminohydrolases.

What are the benefits of increasing glycogen stores?

There are many benefits to increasing glycogen stores. Glycogen is a form of energy storage that can be used by the body during exercise. When glycogen stores are increased, the body has more energy available to it, which can help to improve performance.

Also, since glycogen is broken down during exercise to provide energy, having more of it can help you feel less tired. This can allow for longer and more intense workouts. Finally, increasing glycogen stores can help to improve recovery after exercise, as glycogen is used to replenish energy stores in the muscles.

Glycogen storage disease (GSD) is a rare genetic disorder that prevents the body from breaking down glycogen, a sugar that is stored in the liver and skeletal muscles. Affected individuals have trouble metabolising glucose, which can lead to low blood sugar levels and muscle weakness. There are several different types of GSD, each of which is caused by a mutation in a different gene. Treatment depends on the type of GSD and may include dietary changes, enzyme replacement therapy, and/or glucose injections. Glycogen storage disease, or GSD, is a rare disease that affects almost only babies and young children.

There are four glycogen storage diseases:

The regulation of glycogenesis is a complex process that is controlled by a variety of factors. Some of these are hormones, enzymes, and other molecules that control how quickly glycogen is made and broken down.

Glycogen degradation is stimulated by adrenaline (epinephrine), glucagon, cortisol, and growth hormone. Adrenaline is the most important regulator of glycogen degradation; it stimulates the release of glucose from glycogen stores in response to stress or exercise. Glucagon also stimulates degradation of glycogen, but to a lesser extent than adrenaline. Cortisol and growth hormone don’t have much of an effect on glycogen metabolism when things are normal, but they can speed up the breakdown of glycogen when someone is sick or under a lot of stress.

What is the process of glycogenesis?

Are glycolysis and gluconeogenesis the same?

How does insulin affect glycogenesis?

Insulin is a hormone that helps to regulate blood sugar levels. When blood sugar levels are high, insulin is released from the pancreas in order to help bring them down. One of the ways insulin does this is by stimulating glycogenesis, which is the process of glucose being stored as glycogen in the skeletal muscle and liver. Glycogen is a stored form of glucose that can be used for energy when needed. Insulin also inhibits glucagon, which is a hormone that breaks down glycogen and releases glucose into the bloodstream. By doing this, insulin helps to keep blood sugar levels within a normal range.

What kind of process is glycogenolysis?

Glycogenolysis is a process that involves the breakdown of glycogen into glucose molecules. Glycogen is a polysaccharide that is composed of glucose units, and it is stored in the muscles and liver as an energy reserve. When the body needs energy, glycogenolysis occurs to release glucose into the bloodstream. This process is regulated by hormones, such as glucagon and epinephrine.

Yes, glycogenesis is an endothermic process. This means that it requires energy to convert glucose into glycogen. The body uses ATP (adenosine triphosphate) to provide the energy needed for this process.

Glycogenesis is the process of glycogen synthesis in the body. It is stimulated by hormones like insulin and glucagon, which are released in response to high blood sugar levels. The liver is the main organ involved in glycogenesis, but it can also occur in the muscles. Glycogen is a polysaccharide that serves as a storage form of glucose. When blood sugar levels are low, glycogen is broken down to release glucose into the bloodstream. Due to the vital role that glycogen breakdown has on normal physiology, including maintaining blood glucose levels and muscle contraction during activity, disruptions in glycogenolysis have exhibited pathophysiological conditions.

How are glycogenesis and glycogenolysis regulated?

What are the benefits of increasing glycogen stores?

What’s the difference between glycogenesis and gluconeogenesis?

Final summary of the glycogenesis process

Glycogenesis is the process of glycogen synthesis in the body. Glycogen is a polysaccharide that is stored in the liver and muscles, and it is broken down to release glucose when the body needs energy.

The process of glycogenesis involves the transfer of phosphate groups from ATP to glucose molecules, which then combine to form glycogen. Glycogenesis is regulated by enzymes, hormones, and blood sugar levels. 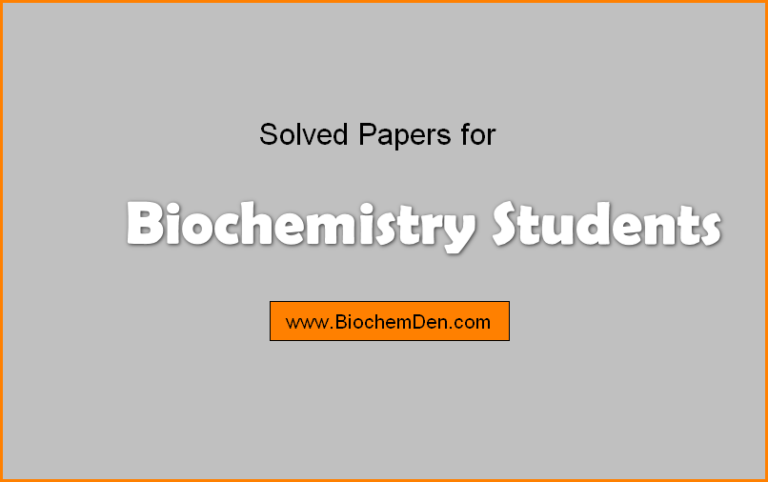 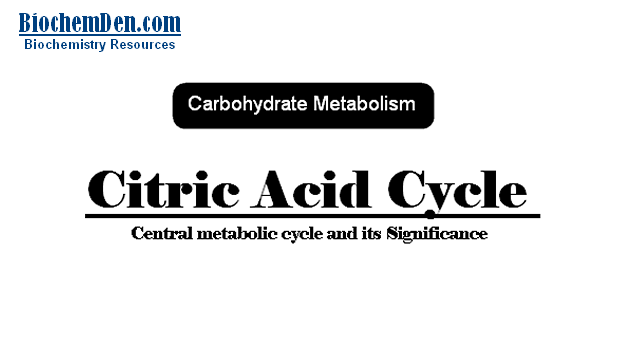 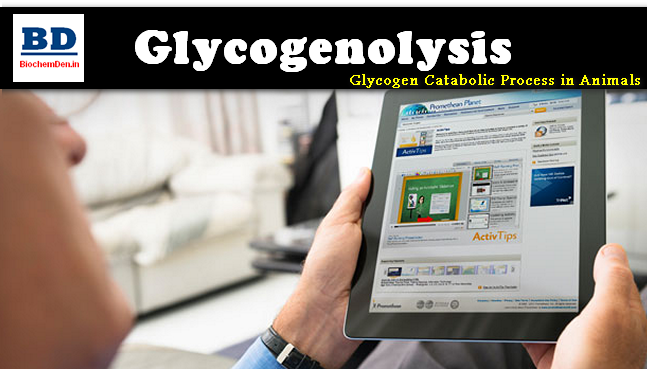 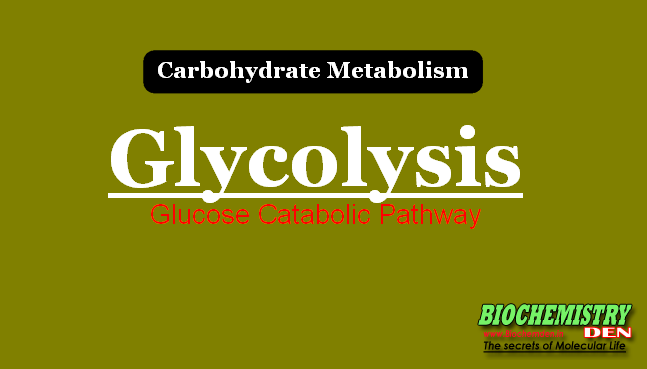