Paper chromatography has proved to be very successful in the analysis of chemical compounds and lipid samples in particular.

In paper chromatography, the sample mixture is applied to a piece of filter paper, the edge of the paper is immersed in a solvent, and the solvent moves up the paper by capillary action.

It is the simplest and commonest form of liquid-liquid chromatography.

The basic principle of this procedure was described for the first time by Consden, Gordon, and Martin (1944).

The paper is composed of cellulose to which polar water molecules are adsorbed, while the solvent is less polar, usually comprising a mixture of water and an organic liquid.

The paper is called the stationary phase while the solvent is referred to as the mobile phase.

To get a measure of the extent of movement of a component in a paper chromatography experiment, we can calculate an “Rf value” for each separated component in the developed chromatogram.

An Rf value is a number that is defined as the distance traveled by the component from an application point.

Modified forms of paper have been produced in which the paper has been impregnated with alumina, silica gel, and ion-exchange resin, etc.

The apparatus required for paper chromatography are

There are two main techniques, which may be employed for the development of paper Chromatograms.

The filter paper is then dried and equilibrated by putting it into an airtight cylindrical jar, which contains an aqueous solution of a solvent.

The most widely applicable solvent mixture is n-Butanol: Acetic acid: Water (4:1:5), which is abbreviated as BAW.

The sheet of paper is supported on a frame with the button edge in contact with a trough with a solvent.

The arrangement is contained in an airtight tank lined with paper saturated with the solvent to prove a constant atmosphere and separations are carried out in a constant temperature room.

Thus, the solvent will ascend into the paper this process is, therefore, termed “Ascending Chromatography”.

The end of the filter paper may be put into the solvent mixture contained in a narrow trough mounted near the top of the container.

In this chromatography, the solvent will descend into the paper and this process is then termed “Descending Chromatography”.

This method is convenient for compounds, which have similar Rf values since the solvent drips off the bottom of the paper, thus giving a wider separation.

The mixture is separated than the first solvent, which should be volatile: then after drying, the paper is turned through 900 and separation is carried out in the second solvent.

After locating the migrated unknown sample along with a standard known sample, a map is obtained and comparing their position with a map of known compounds can identify compounds

The strip is removed when the solvent has migrated over most of the available space.

The distance to which the solvent has run is marked. In most cases, the completed Chromatogram is colorless with no indication of the presence of any compounds.

Such a chromatogram is said as “Undeveloped” for locating the various compounds.

The filter paper strip is first dried, then sprayed with 0.5% Ninhydrin in acetone and at least heated for a few minutes at 80 to 1000 C.

The reaction occurs and the colored spots appear at the sites of the amino acids, such as Chromatogram is now called “Developed”.

In paper chromatography, the stationary cellulose phase is more polar than the mobile organic phase.

The ratio of the distance traveled by a component (i.e. amino acid) to that traveled by the solvent front, both measured from the marked point of the application of the mixture, is called the “Resolution front (Rf)” value for that component.

Distance from origin run by the compound

Distance from origin run by the solvent

The filter paper strip may be sprayed with ninhydrin and heated so that the colored spots showing the location of amino acids may develop. The color densities of these spots may be measured with a recording(or) reflectance photometer device.

By using this technique 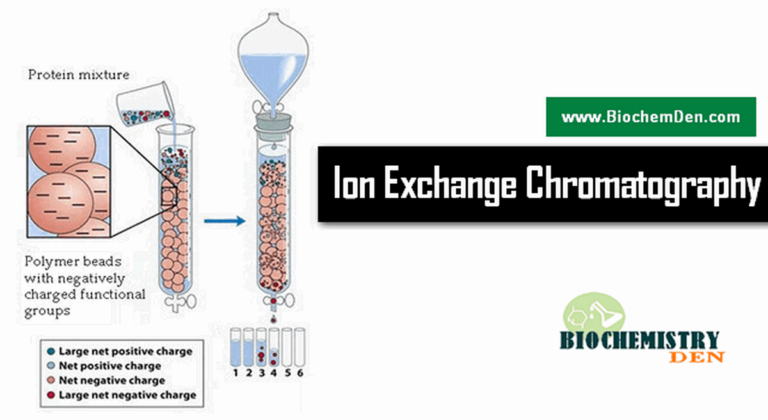 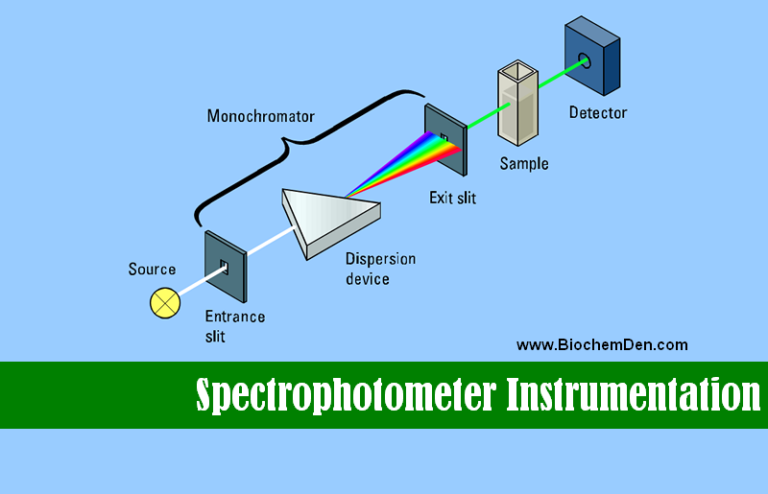